A plentiful supply of quality water is something we depend on, and often take for granted.  It takes a complicated network of engineering, equipment and processes to ensure a safe, reliable supply of water for small towns, big cities and agriculture needs in South Dakota.

In South Dakota, seven water development districts are an important part of ensuring our state’s water supply – connecting communities and rural residents to work to together to promote conservation, development and proper management of the water resources in the district. 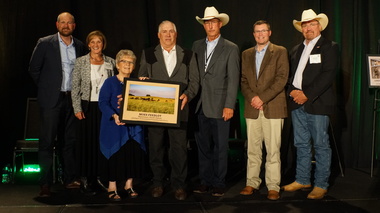 Gary Duffy and John Moes are both board members of the East Dakota Water Development District,which covers all or part of 11 counties in the Big Sioux River Basin in eastern South Dakota. They serve along with 7 other board members representing an area from north of Watertown to the southern edge of Sioux Falls.  EDWDD is headquartered in Brookings and managed by Jay Gilbertson. The water development district has a staff of four employees and a nine-member board.

The district provides resources to farmers and cities to help preserve or improve water quality along the Big Sioux, and both Gary and John see their role as important to both sharing agriculture’s perspective on water issues, as well as learning from their peers in cities.

“I’ve learned as much from members representing the larger cities as they have from me about agriculture, said Gary.  “We all have the same goal – we all want clean water to drink.”

Gary has farmed near Oldham, South Dakota, since 1976, originally joining his father and uncle on the family’s farm, and now farming with his cousin.  They raise corn and soybeans and Gary has been active in the South Dakota Corn Growers Association and Corn Utilization Board for a number of years.

John farms and raises cattle on his family’s farm near Watertown, South Dakota.  They have a 200 head cow herd and also finish beef cattle on their feedlot in addition to raising wheat, corn and soybeans.  He farms with his wife, Donita, and son Bryan and his wife Sarah. 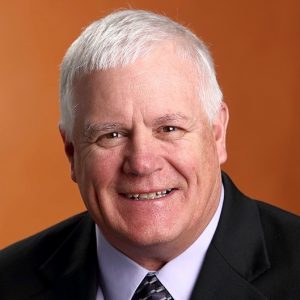 The Moes family has adopted a number of stewardship practices on their farm, including containing all runoff from cattle pens.  They were recently recognized with the Region 7 Environmental Stewardshipaward from the National Cattlemen’s Beef Association.

“As a livestock producer, I looked at being on the water board as an opportunity to share what we are doing to be more sustainable in agriculture,” he said.  “Even though many farms are more specialized or larger than they were in the past, they are still family-owned and want to make sure the land and environment is better for the next generation.

Gary and John noted a number of projects that the EDWDD has funded to research and implement conservation programs in the district, including no-till grass strips to filter water before it enters the creek or river and prevent erosion, limiting cattle grazing near Skunk Creek, and testing water both up- and down-stream from livestock operations.

The district has worked with South Dakota State University on research projects and helped provide information to farmers to boost their water quality efforts.

“As farmers, we are spending money on the fertilizer for our fields. We want that fertilizer to be used by plants, not wasted, and there are a number of practices that we can be implementing to make sure that happens,” said Gary.

A number of EDWDD programs also support water and sewer systems in small towns in the Big Sioux River Basin, including providing seed money for engineering and research studies to help repair or replace aging systems.  In 2018, the EDWDD was recognized with the “Friend of Rural Water” awardby the South Dakota Association of Rural Water Systems for its work in developing and maintaining rural water infrastructure and programs.

“Everyone has responsibilities to make sure we have clean water and we all – farmers, cities, rural residents and small towns – have to work together,” said John.