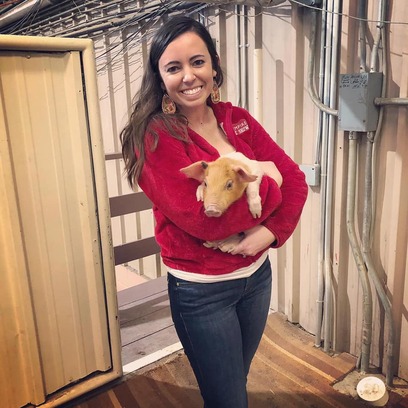 Livestock shows have been an important tradition for U.S. farmers and ranchers for more than a hundred years. Beginning in the early 1900s, groups of farmers would bring together cattle to showcase the latest genetics, sell animals and share information on caring for animals, growing crops and new technologies for the farm.

“Before radio, television and the internet, getting together to promote genetics, evaluate livestock and learn from each other as producers were all important reasons for fat stock shows,” said Holly Rader, agribusiness division manager for the Sioux Falls Area Chamber of Commerce.

Over the decades, technology in communication and agriculture have changed significantly, but livestock shows are still important to the industry.  They’ve also evolved to share information about animal agriculture and livestock production with the public.

The Sioux Empire Livestock Show held its 67th annual show in January 21-25 at the W.H. Lyon Fairgrounds in Sioux Falls.  The show is coordinated and hosted by the Sioux Falls Chamber of Commerce Agribusiness Division and has grown to include not only livestock competitions for agriculturalists and youth competitors, but also includes a trade show, educational seminars, judging competitions and exhibits, as well as activities for the public.

Each year the show draws over 1,000 exhibitors of cattle, pigs, sheep and goats, and, in conjunction with the Sioux Falls Farm Show, brings over 30,000 visitors and an estimated $3 million economic impact to the Sioux Falls area.

Rader said the 2020 show was a tremendous success, even though they felt the pinch of a difficult farm economy this year with fewer purebred cattle consignors traveling to the show.

“We worked hard to put together a series of educational presentations and seminars so that it was still worth the trip for producers to come to the show, even if they weren’t able to make the commitment to exhibit their livestock this year,” she said.

The final day of the show is one of the highlights for Rader.  On Saturday, more than 500 young people participate in livestock judging competitions, including about 250 4-H and FFA students and nearly 300 collegiate students from across the country.  They evaluate animals and explain their decisions to judges on why one animal is better or worse than the others and how it will perform better or worse, regardless of market avenue.

“The skills and confidence students develop while evaluating livestock, forming their own opinion of how the animals will perform, then organizing their thoughts and presenting to the judges will help them succeed in their education endeavors and throughout their life,” she said. 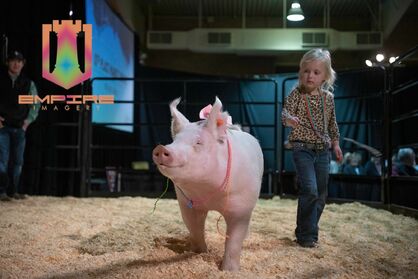 Local, regional and national livestock shows happen across the country, with each having its own focus and niche in the industry. The Black Hills Stock Show and Rodeo is underway in Rapid City from January 31 to February 8, which will draw 331,000 people to the western festival that features 120 different livestock, horse and rodeo events along with over 300 vendors to shop from.

Rader is a Texas native who moved to Sioux Falls in 2017.  She was born and raised on a small cattle operation in south Texas and was involved in 4-H and FFA.  She graduated from Texas A&M University with a degree in animal science and was a member of the school’s championship livestock judging team.  After then graduating with her Master’s degree from Oklahoma State University, she worked as the auctions manager for the Houston Livestock Show and Rodeo before making the move to South Dakota.

The Agribusiness Division of the Chamber includes over 70 members who are active throughout the year, with 15 voting members on the advisory council.  It takes more than 200 volunteers to plan and execute the Sioux Empire Livestock Show each year.

“Our goal is to strengthen ties between the city and agriculture community, which includes providing some 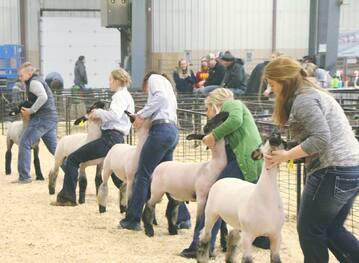 educational programming and exhibits for consumers at the Sioux Empire Livestock Show to emphasize the importance of agriculture in our region and our world,” said Rader. “It takes an entire village to put on the events each year and the business community really comes together to put make everything a success.”